“Still, the dark red, orange, umber or mineral landscape is stretched before us like the foreshadowing of a vision. […] The burnished terracotta of the pots reflects the light. […] The texture of each vessel’s surface is equal to our own. For the earth is watching us…” 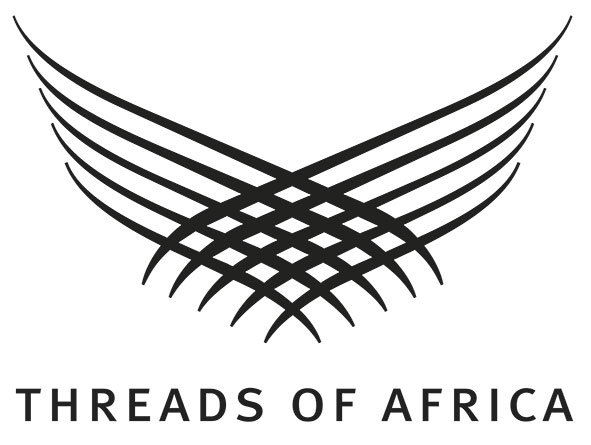 In 2005 Mzonzima Dladla wove what is considered to be the first gold wire bowl in Africa. Fellow weaver Mgongo Ngubane said of it, “But when the bowl was finished it felt like a stone. Not like copper. Heavy.”

The dream to own a gold bowl came from collector Rob Adamson of RFC Ambrian (Sydney, Australia). Its creation started Threads of Africa, a joint project between Julia Meintjes Fine Art and the weavers of the Mdukatshani Development Trust, who live in the Thukela Valley of KwaZulu Natal, South Africa. Paying Tribute to the age-old tradition of metal working in Africa, threads of Africa’s contemporary heirlooms were forging their way in to the light. More weavers joined the project and various patterns and stitches were discovered through experimenting with threads of silver, shaduko, copper and brass wire. Local potters provided the clay moulds around which bowls were shaped and woven. Weavers named the patterns and stitches after their encounters with the earth’s landscapes and its inhabitants; ‘ripple’ for the movement of the river water, ‘python’ for the pattern of its namesake and ‘chicken feet’, which mimicked the fowl’s claws.

Bangles were introduced to Threads of Africa’s repertoire and were shown at the Museum of Arts and Design in New York. In 2011, the first Threads of Africa exhibition, entitled ‘The earth is watching us’, was held at the Gold of Africa Museum in Cape Town, and the second at the Kim Sacks Gallery in Johannesburg in 2013. This same year, Threads of Africa bangles made their way to the Emmy Awards Los Angeles, California. In 2016, Songezo Baleni, a Masters jewellery student and Durban University of Technology, visited the weavers to research age-old weaving patterns with a view to working together. In 2018, the largest bowl in Threads’ history was woven by Mgongo, now a master weaver. And, in May 2019, a group of bowls, including his masterpiece, was exhibited at the Révélations Fine Craft and Creations Biennale at the Grand Palais in Paris.

To learn more about the Threads of Africa project, download the catalogue:
The Earth is Watching Us 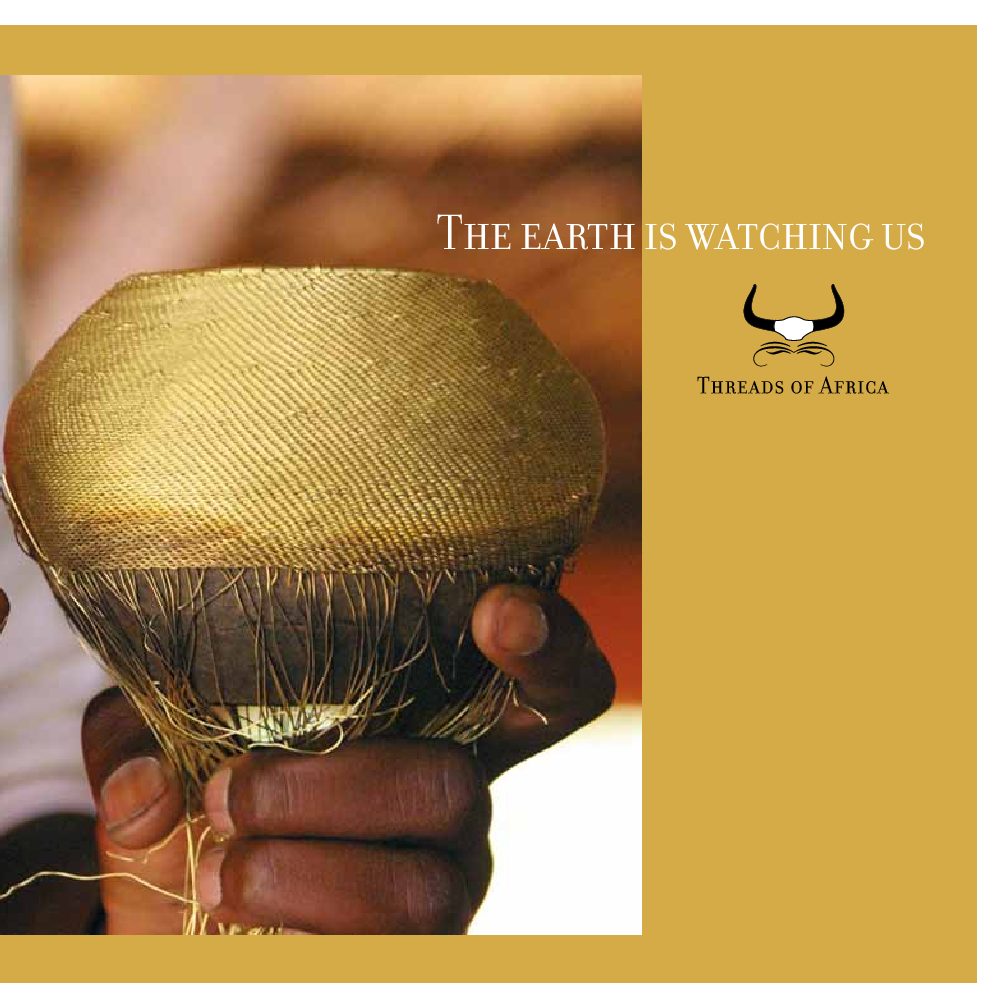